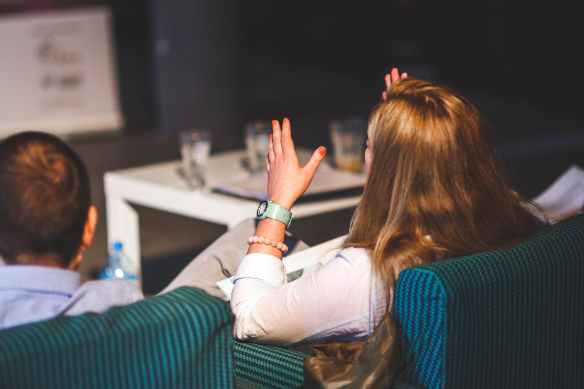 Photo by Kaboompics .com on Pexels.com

Anger. Its one of those emotions most people struggle with, we often confuse anger with aggression or an emotion which breaks down relationships.

People either wield it so broadly it takes out everyone in its path and nothing is resolved.

Or people try and push it so far down they become depressed and continually try to keep the peace while internally seething and again the issues remain unresolved.

(Additionally I want to clarify this blog is about ANGER not to be confused with abuse or narcissism. Those are very specific issues which require a different set of understanding and tools.)

But have you ever wondered why we get angry? According to psychologist Daniel Goleman, “emotions are, in essence, impulses to act, the instant plans for handling life that evolution has instilled in us.” Which sounds wonderfully logical and simple on paper but when we get the chemical flood of emotion its much more difficult .

In his book Emotional Intelligence, Goleman tells us that anger causes blood to flow to our hands, making it easier for us to strike an enemy or hold a weapon. Our heart rate speeds up and a rush of hormones – including adrenaline – creating a surge of energy strong enough to take “vigorous action.” In this way, anger has been ingrained into our brain to protect us yet  we seem to have so many problems with anger.

The purpose of anger

Think of anger like an iceberg, a bit like the one that fatefully sank the Titanic. A large piece of ice found floating in the open ocean. Most of the iceberg is hidden below the surface of the water and we only notice the bit poking out of the icy depths.  Similarly, when we are angry, there are usually other emotions hidden beneath the surface. It’s easy to see a person’s anger but can be difficult to see the underlying feelings the anger is protecting.

For example, Dave believed he had an anger problem. When his wife would make a request of him, he would criticize her. He didn’t like his reactions, but he felt he couldn’t help it. As he worked on mindfulness and started noticing the space between his anger and his actions, he opened up the door into a profound realization.

He didn’t really have an anger problem. Instead, he felt like his wife was placing impossible demands on him. By seeking to understand and accept his anger, rather than fix or suppress it, he began to improve his marriage by recognizing his anger as a signal that he needed to set healthy boundaries for what he would and would not do.

Dave’s story points out an important concept. As Susan David, Ph.D., author of Emotional Agility says, “Our raw feelings can be the messengers we need to teach us things about ourselves and can prompt insights into important life directions.” Her point is there is something more below the surface of our anger.

Anger as a protector of raw feelings

Anger is often described as a “secondary emotion” because people tend to use it to protect their own raw, vulnerable, overwhelming feelings. Underneath Dave’s anger was pure exhaustion and feeling that he wasn’t good enough for his wife. So his anger was protecting him from deeply painful shame.

Learning to recognize anger as a protector of our raw feelings can be incredibly powerful. It can lead to healing conversations that allow couples as well as children and parents to understand each other better.

Below is what we call the Anger Iceberg because it shows the “primary emotions” lurking below the surface. Sometimes it’s embarrassment, loneliness, exhaustion, or fear.

3 tips for listening to anger

One of the most difficult things about listening to a child or lover’s anger, especially when it’s directed at us, is that we become defensive. We want to fight back as our own anger iceberg rises to the surface. If this happens, we get in a heated verbal battle which leaves both parties feeling misunderstood and hurt. Here are three powerful tips for listening to anger.

1. Don’t take it personally
Your partner or child’s anger is usually not about you. It’s about their underlying primary feelings. To not taking this personally takes a high level of emotional intelligence.

One of the ways I do this is by becoming curious of why they’re angry. It’s much easier for me to become defensive, but I’ve found thinking, “Wow, this person is angry, why is that?” leads me on a journey to seeing the raw emotions they are protecting and actually brings us closer together.

2. Don’t EVER tell your partner to “calm down”
When I work with couples and one of the partners get angry, I have witnessed the other partner say, “Calm down” or “You’re overreacting.” This tells the recipient that their feelings don’t matter and they are not acceptable.

The goal here is not to change or fix your partner’s emotions but rather to sit on their anger iceberg with them. Communicate that you understand and accept their feelings.

When you do this well, your partner’s anger will subside and the primary emotion will rise to the surface. Not to mention they will feel heard by you, which builds trust over time.

Maybe you grew up in a family where anger wasn’t allowed, so when your partner expresses it, it feels paralyzing and you freeze. Or maybe you try to solve their anger for them because their anger scares you. Open yourself up to experience you and your partner’s full spectrum of emotions.

3. Identify the obstacle
Anger is often caused by an obstacle blocking a goal. For example, if your partner’s goal is to feel special on their birthday and their family member missing their special day makes them angry, identifying the obstacle will give you insight into why they’re angry.

The bottom line is that people feel angry for a reason. It’s more productive to sit with them in it and explore. By doing so, you will not only help them to understand their anger, but create more connection and solutions.

To find out more contact Caroline Williams therapycaroline@gmail.com or http://www.carolinewilliamsnz.com

6 thoughts on “The Anger Iceberg”